Article by Ty Kiisel at  www.forbes.com

The first week of June, Mike Glauser, Professor of Entrepreneurship at the Jon M. Huntsman School of Business at Utah State University and Co-Founder of My New Enterprise, and his team set off on a cross-country bicycle tour with the goal of interviewing and documenting the stories of 100 small business owners in 100 cities across the country. They started in Florence, Oregon and will end up in Washington D.C. on July 28th. When I spoke with Professor Glauser last week, they were in Ilinois and about six weeks into their tour.
This isn’t the first time they’ve interviewed small business owners to learn about what makes them tick and what makes them successful, either. Glauser has been in the trenches talking to small business owners for roughly 20 years and regularly shares the insight he gains with his students at Utah State University. The goal of this trip is to write a new book entitled, “Living the Dream on Main Street America” and to create case studies and teaching materials to share what they learn.
“My colleagues and I have noticed that graduating students looking for jobs have fewer interviews than they have had in the past,” said Glauser. “In every industry, employees are being replaced by technology. The U.S. economy is becoming more efficient, enabling companies to generate more revenue with fewer employees.”
Glauser referenced a 2013 study done by researchers at Oxford University that looked at 702 occupations and determined that 47 percent were at “high risk” for being replaced by computers and machines.
Despite what he sees as a decline in new jobs, he sees great opportunity in entrepreneurism, and encourages his students to think about starting a small business. We read a lot about new high-tech businesses all the time, but Glauser is talking about the kinds of businesses that you and I can relate to along Main Street. Businesses like merchants, small manufacturers, and restaurants.
In an effort to determine what makes these small business owners successful, they’re interviewing entrepreneurs who have been in business for five or more years. They wanted to know what helped them beat the odds. He’s been doing this for long enough I doubt he was expecting any surprises, but he’s had a few. Traveling across the heartland of America has put him on the doorstep of a number of small business owners who share similar motivations for owning their own small businesses and what they think makes their businesses successful. 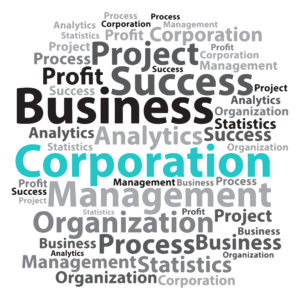 They wanted to stay in their hometown and help the community grow
He was surprised that none of the people he’s interviewed said money was their prime motivator—although many of them have very successful and profitable businesses. “The Silicon Valley model has hijacked entrepreneurship,” said Glauser. “It doesn’t need to be a model that scales quickly to enable a quick and profitable exit to be successful. $2 million in annual revenues and eight to ten employees is a very viable business that can thrive long term.”
The small business owners Glauser and his team interviewed are doing business in these small towns because that’s where they want to live. They’ve simply figured out a way to create profitable businesses in places some might consider off the beaten path.

They’re not interested in an exit; they’re interested in solving a market need
I’ve observed a difference in how a founder runs a business he or she intends to exit in five years and one that’s building something intended to become a life’s work. Skratch Labs in Boulder, Colorado is a great example. Founder Allen Lim says, “The most annoying question that I ever get asked is, ‘What’s your exit strategy?’ Usually, I tell people that, you know, it’s probably dying.” Lim doesn’t have a plan to exit, because he is building his dream and loves what he is doing.
This type of business owner understands the decisions they make today have long-term consequences they’re going to live with five, ten, or twenty years down the road. Making knee-jerk reactions to ramp up short-term profits to satisfy a potential investor just isn’t in their DNA. Their focus is on creating a product or service that their customers will want to buy and find related products their customers might also be interested in. They diversify what they offer their customers so they can stay viable. “Most of these business owners have two or three streams of income,” said Glauser. “And, they’ve always got three or four new opportunities they’re considering.”

They love getting their hands dirty doing the real work of the business
My first experiences in small business were in just such a family business. In fact, this describes my Dad and how he approached his business. It also describes Jeff Wester of Ponderosa Forge in Sisters, Oregon. His successful welding and blacksmith shop employs several blacksmiths, but Wester doesn’t want to sit in the office managing the business every day, he enjoys the two or three days a week he gets to spend in the forge.
“What I most enjoy about this business,” Wester says, “is that I love to be in the shop and get my hands dirty and swing a hammer and create something out of the fire.”
It’s true that less than half of the small businesses that start today will be around five years from now. Glauser and his team are out to share some of the traits these successful small business owners share in common so others, including his students, can follow in their footsteps.
After five or six weeks on the road I asked him if he was encouraged by what he’s learning from Main Street America. Not missing a beat, his answer was an emphatic, “Yes.”
“100 years ago there weren’t any big corporations, small business owners saw a market need and went to work delivering a solution,” he said. “I think we’re going back to that. Fortunately, technology makes it possible to work almost anywhere to do it. We need to teach our up-and-coming entrepreneurs to build communities—figure out what they need and be the best at doing it.”
Glauser believes anyone who wants to do it can. After speaking with business owners all across the country that are doing it, I’d think he knows what he’s talking about.

Why Do Business in Houston?