The Consumer Review Fairness Act & What It Means for Your Business

The Consumer Review Fairness Act & What It Means for Your Business

According to a 2016 Local Consumer Review Survey, 84% of people trust online reviews as much as a personal recommendation. That’s a staggering amount of trust, and business owners know it. Is it any surprise then that companies have tried to influence what is said about them online?

Digital feedback exists along a spectrum of competing interests somewhere between the consumer’s right to be informed and the entrepreneur’s right to protect their reputation and livelihood. For years, this spectrum has been mostly unregulated, a world of fake reviews, anti-disparagement clauses and strategic lawsuits against public participation (SLAPP).

On March 14, 2017, the Consumer Review Fairness Act (CRFA) took effect, laying out new rules for both businesses and consumers.

Understanding those rules will keep your business on the right side of the law, as well as shed some light on some unscrupulous practices alive and well online.

How We Got Here: Before the CRFA

To understand the CRFA, one needs to look to certain practices employed by business owners over the previous decade, most notably: anti-review clauses.

An anti-review clause (or gag clause) is a portion of a contract—such as online Terms and Conditions—that prohibits the posting of negative reviews online. To ensure these clauses carried weight, businesses often included a fine for violations.

While many such cases were resolved and numerous claims found invalid by various courts, the number of anti-review clause complaints rose steadily year to year. In 2016, the Better Business Bureau reported 2,500 complaints concerning gag clauses that had been filed for the previous three years.

In short order, Congress followed suit by passing the CRFA.

Effects of the CRFA

The CRFA protects consumer assessments of products, services and customer service. This protection applies not only to written reviews, but social media posts, oral appraisals, uploaded videos and photography. It specifically prohibits companies from entering into form contracts with customers that include any of the following:

This final prohibition addresses a particular concern: a business cannot include a clause that transfers intellectual property rights from the consumer to the business. If a consumer gives a review, they cannot be required to relinquish ownership of it to a business.

The CRFA deems any of the above provisions in form contracts null and void and punishable by law.

The legislation makes a distinction between “form contracts” and other types of agreements, such as employer-employee contracts or negotiations with independent contractors. A form contract, as defined by the CRFA, is one that is used in the course of selling or leasing goods and services and that is imposed on the consumer without “meaningful opportunity…to negotiate the standardized terms.”

A website’s Terms and Agreements, for example, is a type of form contract.

Complying With the CRFA

Compliance is straightforward: remove any clause in your form contracts that restrict, prohibit or penalize customers for leaving reviews of your business. Remove also any clauses that transfer intellectual property rights for the review from the customer to your company.

What to Do About Negative Reviews

Negative reviews can damage your business. This is true whether the complaints are legitimate—and thus might be remedied—or the work of unscrupulous competitors (take the case of Long’s Jewelers, which found its reputation attacked by a competitor who hired online freelancers to post over 200 one-star reviews on Facebook).

The following reviews are not covered by the CRFA:

Rather than look to federal law, your business is better served by engaging negative reviewers. Shama Kabani, author of The Zen of Social Media Marketing, suggests that disparaging evaluations are actually golden opportunities.

“People are not looking for perfection online,” Kabani says. “What they’re really looking for is humanity and a genuine response, so a negative review can be a great opportunity to respond in a positive and transparent manner. And that has a good impact on all your customers.”

Responding to negative reviews is time consuming and sometimes disheartening. Unfortunately, there are few other avenues available. Not responding is often translates to: I Don’t Care About My Customers. Angry, disgruntled reprisals are worse, demonstrating a tone-deafness to customer concerns that only alienates future clients.

The best response is a genuine, sympathetic one that offers to fix the problem and make amends. Even if you can’t please that particular customer, it shows potential clients that you’re willing to try. 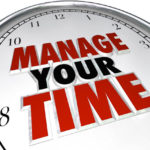 8 Ways to Manage Your Time and Multiple Projects